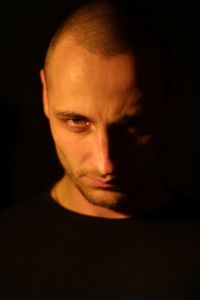 Mental illness is classified today according to the Diagnostic and Statistical Manual of Mental Disorders, Fourth Edition (DSM IV), published by the American Psychiatric Association (1994).  The DSM uses a multiaxial or multidimensional approach to diagnosing because rarely do other factors in a person's life not impact their mental health.  It assesses five dimensions as described below:

This is what we typically think of as the diagnosis (e.g., depression, schizophrenia, social phobia)

Developmental disorders include autism and mental retardation, disorders which are typically first evident in childhood

Personality disorders are clinical syndromes which have a more long lasting symptoms and encompass the individual's way of interacting with the world.  They include Paranoid, Antisocial, and Borderline Personality Disorders.

Axis III: Physical Conditions which play a role in the development, continuance, or exacerbation of Axis I and II Disorders

Physical conditions such as brain injury or HIV/AIDS that can result in symptoms of mental illness are included here.

Events in a persons life, such as death of a loved one, starting a new job, college, unemployment, and even marriage can impact the disorders listed in Axis I and II.  These events are both listed and rated for this axis.

On the final axis, the clinician rates the person's level of functioning both at the present time and the highest level within the previous year.  This helps the clinician understand how the above four axes are affecting the person and what type of changes could be expected.