Mental illness can have a devastating effect on an individual, his or her family and friend, and on the community in many ways.  How it affects the individual is obvious, reduced ability to care for oneself, strong negative emotions, distorted thoughts, inappropriate behavior, and reduced ability to maintain a relationship are only a few possible outcomes.  On friends and family, it can be a major responsibility to care for someone suffering from a mental illness, the emotional and behavioral components of some illnesses can be very difficult at times to understand and to deal with.  Mental illness also effects the community due to the high incidence of homelessness and unemployment in some serious disorders such as schizophrenia. 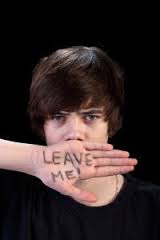 These are the obvious effects of mental illness, but there are less obvious effects due to the misperception of the mentally ill.  Not too long ago when people heard the term mentally ill, many thought of severe cases and associated these individuals with bizarre behavior, violence, and a lack of caring about themselves and the world.  In this sense, people with mental illness were almost dehumanized.  They were avoided and feared.

This is changing now as people understand that mental illness effects many people in many different ways.  We as a society are starting to see that depression doesn't mean weakness, that anxiety doesn't mean fear, and that schizophrenia doesn't mean violence.  We are finally understanding that needing help for mental or emotional reasons does not represent a character flaw.

We are in the early stages of this enlightenment, however, and many people continue to stereotype the mentally ill population.  The effects of this are twofold.  First, imagine being labeled as weak, fearful, violent, or flawed.  What would this do to your self-esteem?  Certainly nothing positive.  These misguided beliefs can eventually reach the individual suffering from a mental illness and cause a drastic shift in their belief system.  They may begin saying to themselves "Everyone can't be wrong, I must be a terrible person to let this happen."  The results are a deeper depression, increased anxiety, lower self-esteem, and isolation, to name only a few.

Second, due to the stigma associated with mental illness, many people do not seek out help.  This is especially true for mood and anxiety disorders which, ironically, have very well researched  and successful treatments available.  These two factors lay the groundwork for the cycle of many mental illnesses to continue and to strengthen.  I'm a weak person, I feel worse about myself and can not possibly seek help because I would be ridiculed, humiliated, and shamed.

As more politicians become aware of the truths about mental illness, as more advocacy groups get the word out, and as more of those suffering or who have friends and family with a mental illness break the stereotypes and speak out, these negative effects with continue to diminish.  We've got a long way to go, but compared to the time when this was seen as demonic possession, and even compared to a few years ago, we've already come a great distance.