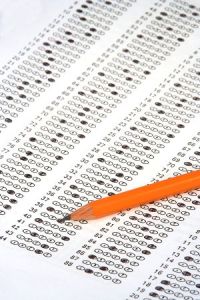 The assessment of human abilities dates back nearly 4000 years when China used written tests to rate applicants for civil service. Two-thousand years later, during the Hans Dynasty, civil service type exams were used in the areas of law, military, agriculture, and geography. In the early 1800s British diplomats observed the Chinese assessments and modified them for use in Britain and eventually the United States for use in civil service placement.

Sir Francis Galton is a key figure in modern intelligence testing. As the first cousin of Charles Darwin, he attempted to apply Darwin's evolutionary theory to the study of human abilities. He postulate that intelligence was quantifiable and normally distributed. In other words, he believed that we could assign a score to intelligence where the majority of people fall in the average range and the percentage of the population decreases the farther from the middle their score gets.

The first workable intelligence test was developed by French psychologist Alfred Binet. He and his partner, Theodore Simon, were commissioned by the French government to improve the teaching methods for developmentally disabled children. They believed that intelligence was the key to effective teaching, and developed a strategy whereby a mental age (MA) was determined and divided by the child's chronological age (CA). This formula, stated as "MA/CA X 100."

Another theorist, Raymond Cattell, described intelligence as having two distinct factors. The first he called Crystallized Intelligence, representing acquired knowledge, and second, Fluid Intelligence, or our ability to use this knowledge.

Sternberg (1988) argued that there are a number of ways to demonstrate intelligence or adaptive functioning. He proposed a model of intelligence referred to as the triarchic theory. According to this model there are three types of intelligence: (1) analytical, or the ability to solve a problem by looking at its components; (2) creative, the ability o use new or ingenious ways to solve problems; and (3) practical, referring to street smarts or common sense. While most IQ tests measure only analytical intelligence, they fail to include practical intelligence which is the most understandable to most of us (Sternberg et al., 1995)

Intelligence is not something we can see or hear, or taste. We can see the results of intelligence...sometimes. Many argue that quantifying intelligence correctly is impossible and all that modern IQ tests do is test our knowledge and abilities. While it is true that a person can learn to improve his or her score, this can only occur if correct responses are taught to the person, which is highly unethical. We have also found that our individual IQ score remains quite consistent as we get older. Some argue, however, that modern IQ tests are prejudiced against certain ethnicities and cultures and tend to result in higher scores for others. Where this leaves us, however, is uncertain. As of today, these IQ tests are the best we have in our attempt to quantify the construct known as intelligence.