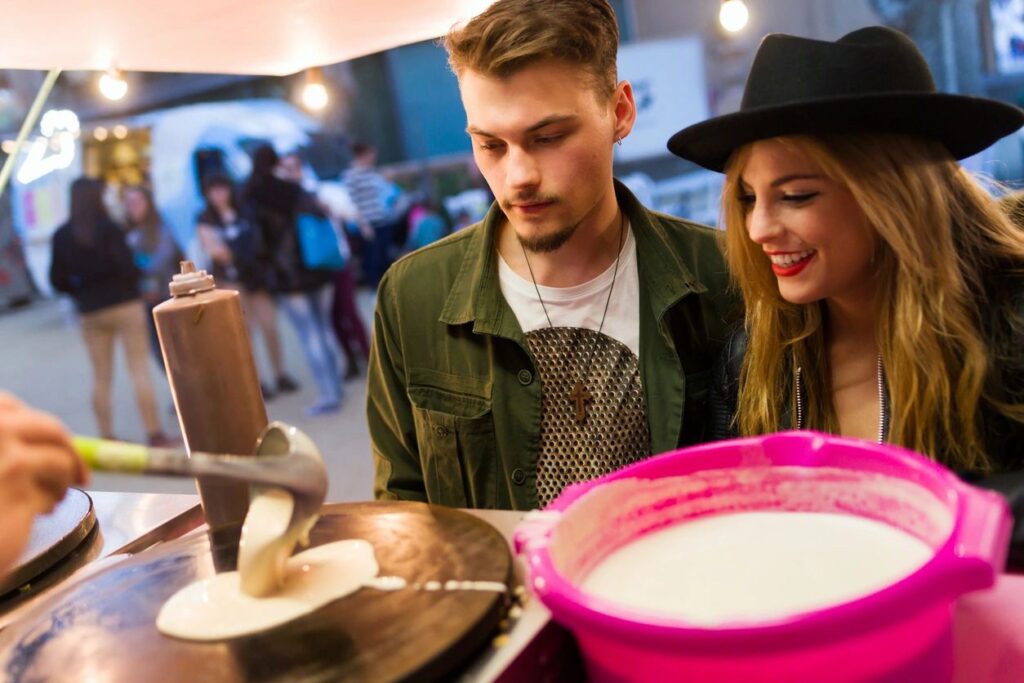 The next big thing to hit the dinner table isn’t necessarily going to be so big, and it might just have six legs. According to a recent report from investment bank Barclays, edible insects are on pace to become a $8 billion market by 2030.

Predictably, that got people’s attention. Eating insects will soon go mainstream, proclaimed Business Insider. Meanwhile, Miami Herald posed the question that none of us were thinking: Are bugs the next sushi?

A shift toward insect consumption would likely be good for the environment. Insects are a more environmentally sustainable source of protein than cows, pigs and chickens. But you can’t escape the fact that, for such a shift to happen, you would have to convince people to sit down and have bugs for dinner.

So for all the talk buzzing around about insects being the food of the future, will people adjust their dietary habits accordingly? Or will the idea be swatted down by the reality that people just don’t want to eat bugs?

A new study in the journal Appetite suggests that people are at least somewhat flexible when it comes to thinking of insects as food.

The study found that people’s attitudes on insect consumption are driven both by what their peers think and what experts think. In other words, if all your friends are eating beetles and scientists recommend eating beetles, you might start to look at beetles in a different way.

According to the study, the influence of experts seems to be weaker among people who are especially sensitive to feelings of disgust when insects are involved. To put it another way, people are inclined to consider expert views on insect consumption, but if you just really, really can’t stand insects, you might be a little less open.

It makes sense that social attitudes around us would shape how we feel about insect eating. Many of our ideas about food are influenced by social traditions. If you think about it, there’s nothing innately any stranger about eating a cricket than eating a chicken.

In fact, the idea that insects are a “weird” food is culture-specific. A UN report estimated that 2 billion people around the world eat insects on a regular basis, a practice that the UN encourages for environmental reasons.

If you’re starting to come around to the whole bees-for-brunch-locusts-for-lunch thing, you might be wondering what bugs taste like, anyway. I’ll leave you with this National Geographic article that describes the flavors of several insect varieties. I’ll also note that stinkbugs are apparently a good source of iodine and taste like apples, so that seems as good a place to start as any.

The Dietary Habits of Optimists
Experts Rate Harmful Sleep Myths
Happiness Is Possible With a History of Anxiety
Posted in Health Psychology, Positive Psychology and tagged Nutrition, Relationships
← What It Means to Feed Someone on a First DateA Tip to Find Meaning in Stressful Situations →