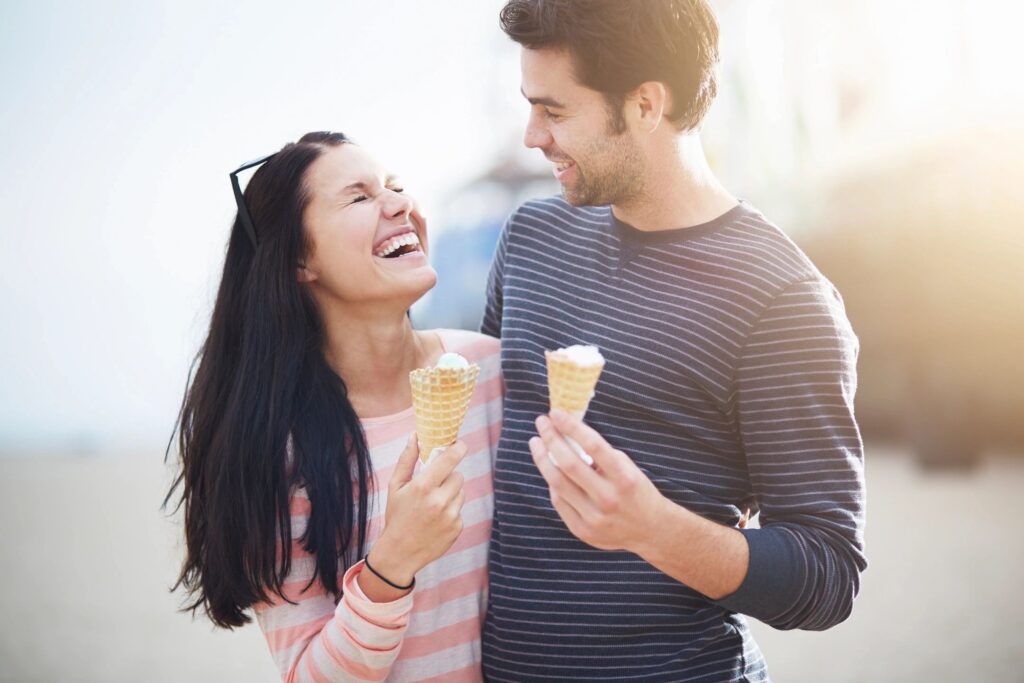 For those who find first dates confusing, not to worry. We have science to help us figure out what’s going on!

What does it mean, for example, when you’re on a dinner date and the other person starts feeding you? Hint: either they think you’ve done an unacceptably bad job of feeding yourself, or they like you.

In most cases, it’s probably the latter, according to a new study published in the journal Appetite. The results of the study are pretty much summarized in the paper’s title: Courtship-feeding in the ‘First Dates’ restaurant is highly predictive of a second date.

By “courtship feeding,” the researchers are referring to the act of one person on a restaurant date directly feeding the other. They hypothesized that this behavior was a strong signal of romantic interest that would often lead to second dates.

To test their hypothesis, the researchers turned to an unexpected site for scientific investigation: reality TV. They analyzed 143 episodes of the TV show First Dates, comprising 792 male-female dinner dates in total.

On 58 of the dates, one person ended up feeding the other. Two-thirds of the time, it was the woman doing the feeding, and 70 percent of the time it was dessert being fed.

These dates led to an extremely high rate of second dates – 93 percent, to be exact. One can only guess what happened in the seven percent of dates where one partner fed another and the couples walked away not wanting to see each other again.

In dates where no feeding took place, a second date was in the cards only 43 percent of the time. It appears, therefore, that one person feeding another on a date strongly indicates romantic interest – at least in reality TV, and possible also in real life.

This is probably a good point to revisit the topic of correlation being different than cause-and-effect. If you aren’t hitting it off on a first date, the prospect of awkwardly spooning crème brûlée into your partner’s mouth isn’t likely to turn things around. No one is saying that going out of your way to try and feed your partner dessert is the key to getting a second date.

But when a date is going well, people often give cues that they’re interested. And feeding the other person seems to be a cue that’s fairly unequivocal.