Major Depressive Disorder: What are the Facts?
Jeanne Heaton 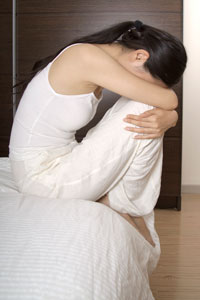 In this age of technology, there are staggering numbers of people suffering from depressive disorders. Many do not seek help because their symptoms are not recognized as depression, depressed people are often seen as weak, the social stigma attached to mental illness causes them to avoid needed treatment, some of the symptoms are so disabling that the people affected unable to reach out for help, symptoms are misdiagnosed as physical problems and treated, instead of treating the underlying cause.

Research has been conducted for decades to determine why someone suffers from Major Depressive Disorder and to determine what treatment(s) work best. There are basic questions regarding this frequently debilitating disorder such as:

1. What is Major Depressive Disorder?

2. Who suffers from Major Depressive Disorder?

3. What treatment options are available?

What is Major Depressive Disorder?

Depression can be caused by chemical imbalances in the brain, brought about by stress, experiencing a personal loss, or a traumatic experience. Research has been conducted to determine if depression could be caused by a genetic defect.

According to Psychology Information Online (2003), depression is one of the most common psychological problems, it affects people whether through personal experience or through depression in a family member. Impacts of depression are:

§ Disrupts the lives of millions of people.

§ Adversely affects the lives of families and friends.

§ Has a significant negative impact on the economy, costing an estimated $44 billion a year. According to Lewis Wolpert (1999), “It is difficult for many people to define depression because they do not think of mental illness in the same manner in which they think about cancer or heart disease. It is due in part, to the fact that it is difficult to keep in mind that all of our thoughts, normal or not, have a biological basis as they are the result of activities of the nerve cells in our brain. In order for us to understand depression, it is vital to understand the psychological and biological basis of our emotions” (p. 12). “In the 18th century, the term ‘depression’ began to find a place in the study of what was called melancholia, and the term melancholia covered a much wider range of emotional states than is considered depression or even an illness. Up until the 19th century, what we now call major depression would not have been diagnosed as melancholia. It would have been called ‘the vapours’ or ‘hypochondria’, or classified as some other type of nervous disorder. During the 19th century, depression emerged as a term for a mental disorder characterized by a reduced emotional state” (p.13).

The Diagnostic and Statistical Manual of Mental Disorders (Fourth Edition), always referred to as DSM-IV, is used for the diagnosis of depression. It is produced by the American Psychiatric Association and is the product of a number of groups whose aim is to draw on the widest pool of information relating to mental health (p. 17). The American Psychiatric Association Diagnostic Criteria for Major Depressive Episode is:

At least five of the following symptoms have been present during the same two-week period and represent a change from previous functioning.

2. diminished interest or pleasure in activities

5. feelings of worthlessness or excessive guilt

6. diminished ability to think or concentrate

7. recurrent thoughts of death or suicide

Depression can affect anyone, and most people diagnosed with depression are successfully treated. Major depression can occur from a single psychological trauma, or from many problems or disappointments in a person’s life. Some people will have only one depressive episode, while others will experience many episodes throughout their lives.

Who is at risk for Major Depressive Disorder?

Depression is not a selective illness; it affects children, teenagers, adults, and senior citizens. The percentage of the population that is depressed at any one time is about three percent in the United States and Europe, and over a period of one year, the rates are around seven percent. Between ten and fifteen percent of the population will have a major depressive episode during their lifetime. The last study conducted in the United States found that the chance of someone having major depression in their lifetime is about one in six (Wolpert, 1999).

According to the Center for Mental Health Services (1996), as many as one in every 33 children may have depression. Up to 2.5% of children and up to 8.3% of adolescents in the U.S. suffer from depression according to the National Institute for Mental Health (1999). Statistics provided by the American Academy of Child and Adolescent Psychiatry (1999) state that once a young person has experienced an episode of major depression, he or she is at risk of experiencing another episode within the next five years. They also state that children under stress, who experience loss, or who have attention, learning, or conduct disorders are at a higher risk for depression. The symptoms of depression in young children may vary from that in adults in severity and duration, and may be different from those experienced by adults, while the rate of depression among adolescence is similar to that of depression in adults, and may be as high as one in eight (Children’s Mental Health – Children and Depression, 2003). Signs of depression in children are much the same as those of adults, but also include:

§ Frequent physical complaints, such as headaches and stomachaches.

Possible causes of depression in children and adolescents may be:

§ Loss of attention, either by death or prolonged absence, from the person he or she depends on for care and nurturing.

§ Depreciation and rejection of the child by a caretaker.

Depression in the elderly frequently goes undiagnosed because the symptoms may be masked by physical complaints. They may be at risk for depression because of life changes such a living in a nursing home or the death of a spouse or loved one, as well as by diminished physical abilities and limitations. Many assume it that sadness and low spirits are part of the aging process.

Aging impacts the neurological function of the older adult causing deficiencies in chemicals secreted by the brain. Other illnesses prevalent in the elderly also impact the brain’s balance of chemicals that control mood; Parkinson’s, stroke, head injury, thyroid dysfunction, and brain tumors are some examples. Depression may also be caused by some medications such as antibiotics and heart and blood pressure medications (Cornwell, Brent, 1995). Older Americans are disproportionately likely to die by suicide. Comprising only 13% of the U. S. population, individuals 65 and older accounted for 18% of all suicide deaths in 2001. Among the highest rates (when categorized by race and gender) were white men ages 85 and older. Fifty-nine deaths per 100,000 persons in 2000, more than five times the national U. S. rate of 10.6 per 100,000 (NIMH, 2003). Much like children, special care must be taken when diagnosing problems because some symptoms can be mistaken for physical ailments.

What Treatments Are Available?

There are numerous ways in which to treat depression: with medication, psychotherapy, and for more severe cases, electroconvulsive therapy (ECT).

MAO inhibitors include isocarboxazid (Marplan), phenelzine (Nardil), and tranylcypromine (Parnate). People who take MAO inhibitors must follow a diet that excludes tyramine-a substance found in wine, beer, some cheeses, and many fermented foods-to avoid a dangerous rise in blood pressure. In addition, MAO inhibitors have many of the same side effects as tricyclics.

Selective serotonin reuptake inhibitors include fluoxetine (Prozac), sertraline (Zoloft), and paroxetine (Paxil). These drugs usually produce fewer and milder side effects than do other types of antidepressants, although SSRI’s may cause anxiety, insomnia, drowsiness, headaches, and sexual dysfunction.

There are many types of psychotherapy. Cognitive-behavioral therapy assumes that depression stems from negative, often irrational thinking about oneself. In this type of therapy, a person learns to understand and eventually eliminate those habits of negative thinking. In interpersonal therapy, the therapist helps a person resolve problems in relationships with others that may have caused the depression. Psychodynamic therapy views depression as the result of internal, unconscious conflicts. Psychodynamic therapists focus on a patient’s past experiences and the resolution of conflicts that may have occurred in childhood. Critics of long-term psychodynamic therapy argue that its effectiveness is scientifically unproven.

Another treatment is Electroconvulsive therapy or (ECT) can often relieve severe depression in those who fail to respond to psychotherapy and antidepressant drugs. In this type of therapy, a low-voltage electric current is passed through the brain for one to two seconds to produce a controlled seizure. Patients usually receive six to ten ECT treatments over several weeks. This method of treatment remains controversial because it can cause disorientation, and memory loss. Nevertheless, research has found it highly effective in alleviating severe depression” (Encyclopedia Article – Encarta)

DePaulo, J. Raymond Jr. , Horvitz, Leslie Alan (2002). Understanding Depression – What We Know and What You Can Do About It. NY: Wiley & Sons.