Sigmund Freud's theory is quite complex and although his writings on psychosexual development set the groundwork for how our personalities developed, it was only one of five parts to his overall theory of personality.  He also believed that different driving forces develop during these stages which play an important role in how we interact with the world. 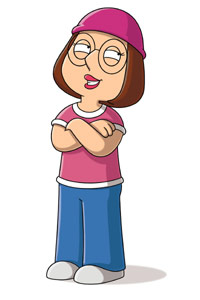 The id doesn't care about reality, about the needs of anyone else, only its own satisfaction.  If you think about it, babies are not real considerate of their parents' wishes.  They have no care for time, whether their parents are sleeping, relaxing, eating dinner, or bathing.  When the id wants something, nothing else is important.

Within the next three years, as the child interacts more and more with the world, the second part of the personality begins to develop.  Freud called this part the Ego.  The ego is based on the reality principle.  The ego understands that other people have needs and desires and that sometimes being impulsive or selfish can hurt us in the long run.  Its the ego's job to meet the needs of the id, while taking into consideration the reality of the situation.

By the age of five, or the end of the phallic stage of development, the Superego develops.  The Superego is the moral part of us and develops due to the moral and ethical restraints placed on us by our caregivers.  Many equate the superego with the conscience as it dictates our belief of right and wrong.

In a healthy person, according to Freud, the ego is the strongest so that it can satisfy the needs of the id, not upset the superego, and still take into consideration the reality of every situation.  Not an easy job by any means, but if the id gets too strong, impulses and self gratification take over the person's life.  If the superego becomes to strong, the person would be driven by rigid morals, would be judgmental and unbending in his or her interactions with the world.  You'll learn how the ego maintains control as you continue to read.

Because the unconscious is so large, and because we are only aware of the very small conscious at any given time, this theory has been likened to an iceberg, where the vast majority is buried beneath the water's surface.  The water, by the way, would represent everything that we are not aware of, have not experienced, and that has not been integrated into our personalities, referred to as the nonconscious.