Although it has been questioned as to whether it applied equally to different genders and different cultures, Kohlberg’s (1973) stages of moral development is the most widely cited. It breaks our development of morality into three levels, each of which is divided further into two stages:

Preconventional Level (up to age nine): 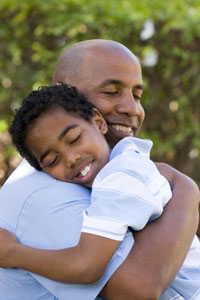 2. That which satisfies the child’s needs is seen as good and moral.

3. Children begin to understand what is expected of them by their parents, teacher, etc. Morality is seen as achieving these expectations.

4. Fulfilling obligations as well as following expectations are seen as moral law for children in this stage.

5. As adults, we begin to understand that people have different opinions about morality and that rules and laws vary from group to group and culture to culture. Morality is seen as upholding the values of your group or culture.

6. Understanding your own personal beliefs allow adults to judge themselves and others based upon higher levels of morality. In this stage what is right and wrong is based upon the circumstances surrounding an action. Basics of morality are the foundation with independent thought playing an important role.