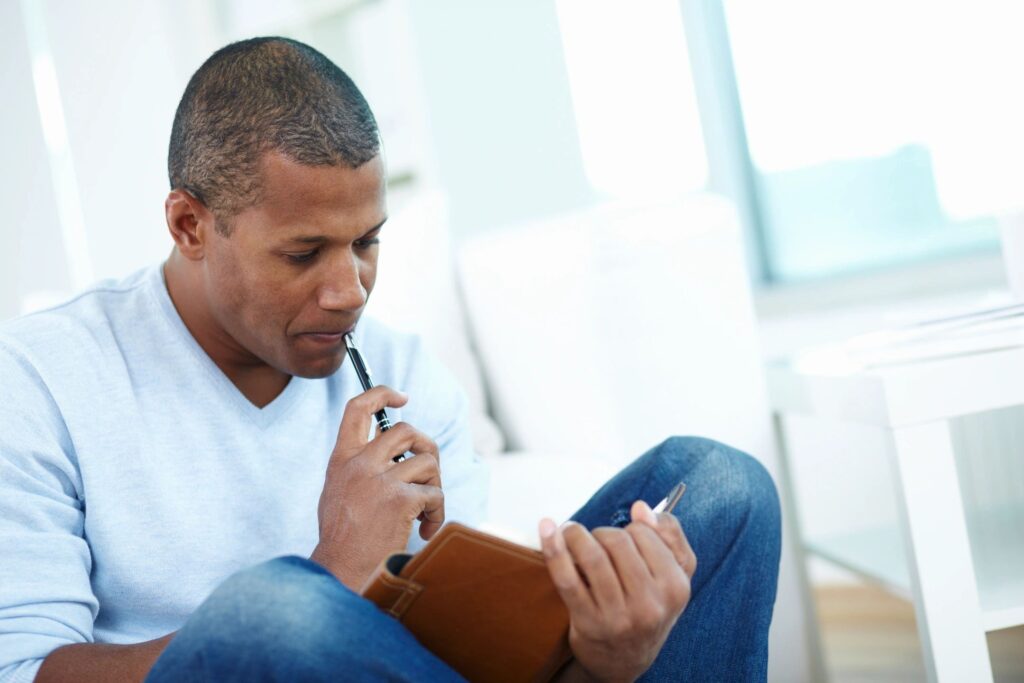 Psychologists increasingly believe gratitude to be a powerful emotion that can boost happiness and wellbeing. Gratitude is interesting not only because of its links to happiness but because it’s something we intentionally cultivate in our lives.

This isn’t a “don’t try this at home” type of scientific experiment. In fact, the nice thing about this exercise is that it’s something we all can try at home. Here are the instructions that were used in the study:

There are many things in our lives, both large and small, that we might be grateful for. Think back over the past day and write down five things in your life that you are grateful for.

So that’s it. Basically, find 10-20 minutes every night and write down five things from your day that you’re grateful for.

To evaluate the effects of this study, the researchers divided participants into three groups and introduced two other similar exercises. The first was to write down five annoying things that happened to you in the last day, and the second was to write down five events that affected you in either a positive or negative way.

When the researchers followed up two weeks later, they found that those who’d done the gratitude exercise seemed to get a slight positive boost in their mental health compared to people in the other two groups. They reported a more positive mood, greater happiness, greater life satisfaction, and fewer depressive symptoms.

There was one significant caveat: quite a few people dropped out over the course of the study. In fact, while the study began with 1,337 participants, it ended with 410!

One explanation is that doing daily gratitude exercises can be, to put it in non-scientific terms, a pain in the butt. It requires actually finding a chunk of time every night to reflect on what you’re grateful for. The hope, though, is that knowing about the positive effects gratitude exercises have been shown to have (which the participants in this study didn’t), makes these exercises worth the effort.

Either way, if you want a shot of positivity in your life, it’s probably worth trying this exercise. And if it’s not for you, no worries, you can always become one of the 70 percent of participants who dropped out!

The Psychology of Eating Insects
We Need to Learn More About People Who Flourish After Depression
Hungry Kids Don't Like to Share
Posted in Positive Psychology and tagged Gratitude, Treatment
← More Compassionate People Can Prefer Harsher PunishmentsWhen Does Hoarding Start? →