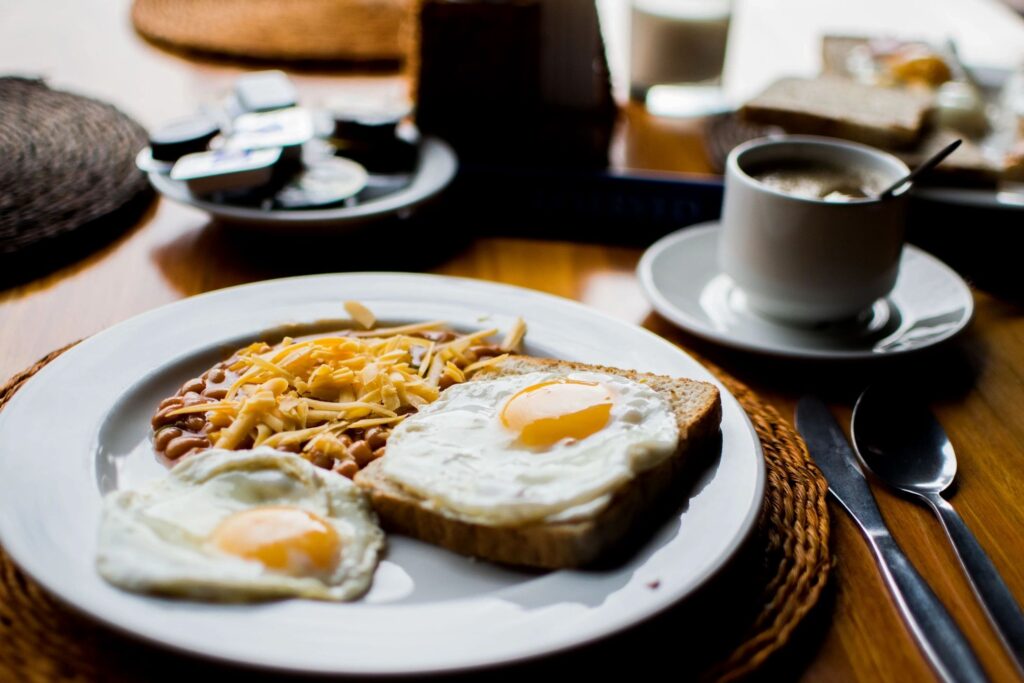 This week’s theme on the AllPsych Blog appears to be food, and the psychology of healthy eating. In my last post, I talked about how the right plates could act as a “nudge” to encourage children to eat more fruits and vegetables.

And fitting with the theme, today’s topic is breakfast, and American-style breakfast in particular.

Now, I’ll start off by saying that I’m American, and I love me some good breakfast foods. Still, have you ever noticed that breakfast isn’t exactly the healthiest meal of the day?

A new study from researchers at Cornell and Stanford explores this point in a paper titled Why do we eat cereal but not lamb chops at breakfast? Investigating Americans’ beliefs about breakfast foods.

In a survey of 1,097 adults in the United States, the researchers found that Americans did tend to identify with the idea that traditional US breakfast foods are especially well-suited to breakfast. One consequence of this cultural belief was that Americans tended to rate healthier foods that might be consumed at lunch or dinner as inappropriate for breakfast.

If US adults tend to hold the view that certain, less healthy foods are most appropriate for breakfast, that has clear potential negative health effects in the long-run. So the researchers decided to test an intervention designed to make people reflect on their ideas about what breakfast “should” be.

As part of the intervention, the study participants were asked to consider two main points:

When people considered these points, they tended to reconsider their insistences about what foods are appropriate to consume at breakfast, and they reported having more motivation to eat healthier foods at breakfast.

That goes to show how psychological factors influenced by the culture around us can shape our dietary choices. If we want to adopt healthier habits, then, it can help to reflect on the beliefs we hold about food and where those beliefs are coming from.

What's the Evidence for Blueberries as a Brain Food?
What It Means to Feed Someone on a First Date
Optimism Predicts Healthy Aging
Posted in Health Psychology, Nutrition
← Choice of Plate Can Help Children Eat Their VegetablesHow Abstract Thinking Can Help You Reach Goals →