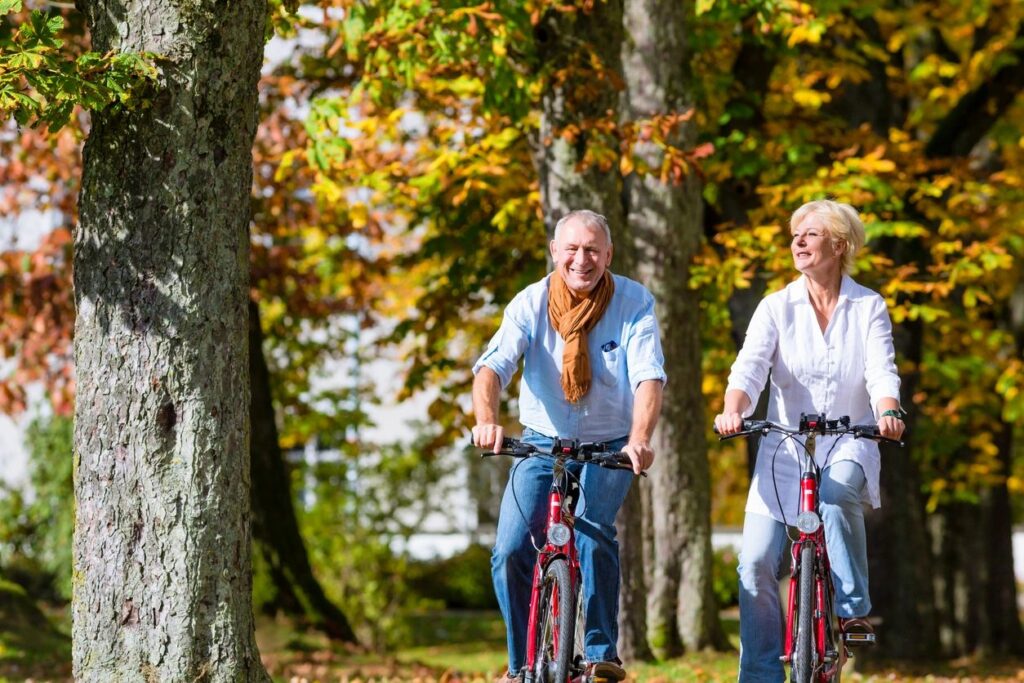 For better or worse, pedaling around on a two-wheeled vehicle seems to effect people’s cognition, as I’ve written about before. Being bicyclists apparently makes people better drivers but also gives them a little paranoia, at least temporarily.

Here’s another change you can chalk up in the “for better” column, though: improved cognitive function later in life. A new study from researchers in the United Kingdom found that among adults between the ages of 50 and 83, eight weeks of cycling led to better scores on several tests of cognitive skills.

The study’s 100 participants were put into one of three groups: those who continued with their non-cycling lives as usual, those who took up riding bicycles, and those who road electric bikes – bikes with electric motors that give riders an extra boost. The bikers were required to ride for thirty minutes at least three times a week.

It turned out that those who rode either conventional bikes or “e-bikes” saw their performance on measures of cognitive functioning improve over the course of the eight-week experiment. Compared with non-bicyclists, both groups improved their accuracy on two tests of executive functioning, and the e-bike group also improved their processing speed as well as their overall mental health.

The fact that the e-bike group fared just as well as (and in some cases better than) the group of conventional bicyclists suggests that the benefits aren’t purely about exercise, according to the researchers. While physical activity is probably part of the story, there may be something more about the experience of riding a bike outdoors that’s cognitively stimulating.

In any case, the results indicate that riding either a conventional pedal bike or an electrically enhanced bike comes with cognitive benefits and might help keep the brain healthy later in life.

Too Much Sitting at School Leads to Attention Lapses
A Magic Trick That Shows How Unconscious Cues Can Influence Our Choices
Does Listening to Music Help With Cognitive Tasks? It Depends
Posted in Cognitive Psychology, Older Adults
← Communication Is Key for Sexual SatisfactionMental Imagery Can Enhance Motivation →