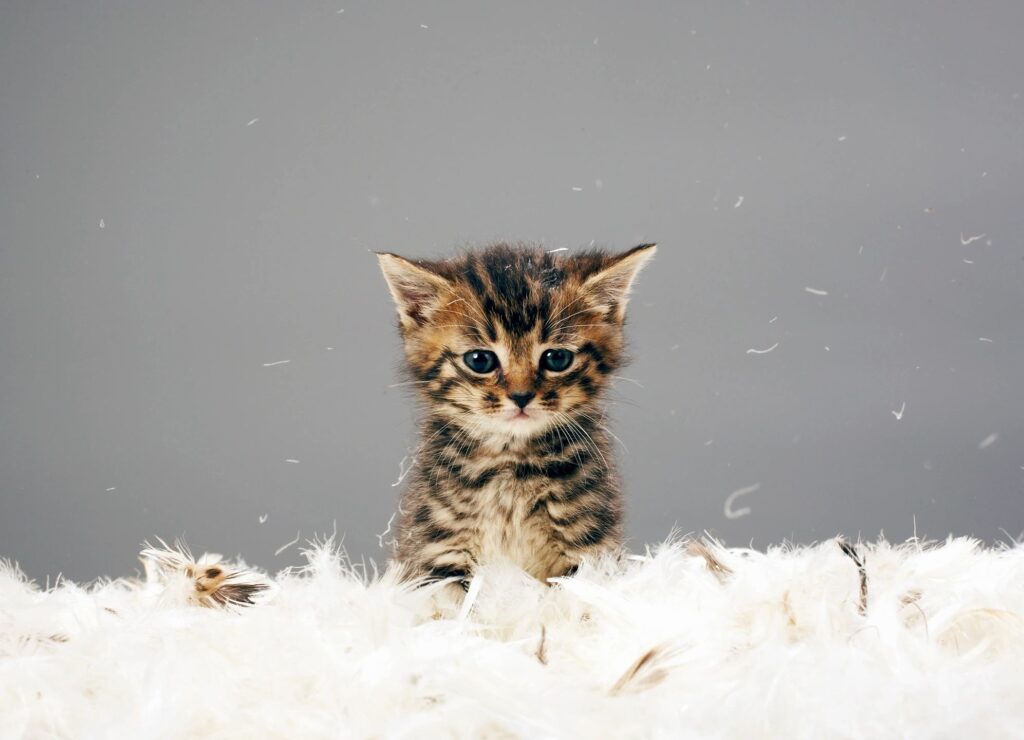 Above is a picture of a very cute kitten.

Surely that picture warms your heart. If you don’t look at that picture and go “aww,” what kind of person are you, a psychopath?

The authors of the study started with a premise we all know to be true: people generally like cute animals. Specifically, the researchers pointed out that humans seem to be wired to like animals that resemble (human) babies.

But what about psychopaths? Intuitively, we probably expect that psychopaths might be less enraptured by videos of hedgehogs taking baths.

In their first experiment, the researchers found that people with high levels of psychopathic traits are capable of recognizing when animals are especially cute.

Just because someone can recognize cuteness in a theoretical sense, though, doesn’t mean they’ll be moved by it. To make an analogy, someone who has high levels of psychopathy might be able to recognize other people’s emotions without being particularly sympathetic to them.

When it came to cuteness, the researchers discovered a similar situation. Their second experiment showed that people with high levels of psychopathic traits spend less time looking at pictures of cute animals, apparently giving cuteness a lower attentional priority.

People holding attitudes running counter to animal welfare showed a similar pattern. Of course, it makes intuitive sense that people with fewer qualms about mistreating animals would be less moved by cuteness.

The idea that recognizing certain traits isn’t the same as being sympathetic to them might apply more broadly to psychopaths. According to the authors of the study, their findings “support the theory that individuals with psychopathic traits recognize facial cues of vulnerability but choose to give them reduced attentional priority.”

To put it another way, psychopaths know a cute animal when they see it. They just don’t care.

Is Social Media Reflecting Our Pathology or Adding to It?
Two Ways to Use Social Media
A Tip to Find Meaning in Stressful Situations
Posted in Clinical Psychology and tagged Animals, Antisocial, Personality
← Jobs That Involve Dealing With New Information Might Help Brain HealthThe Good and Bad Risks That Teenagers Take →