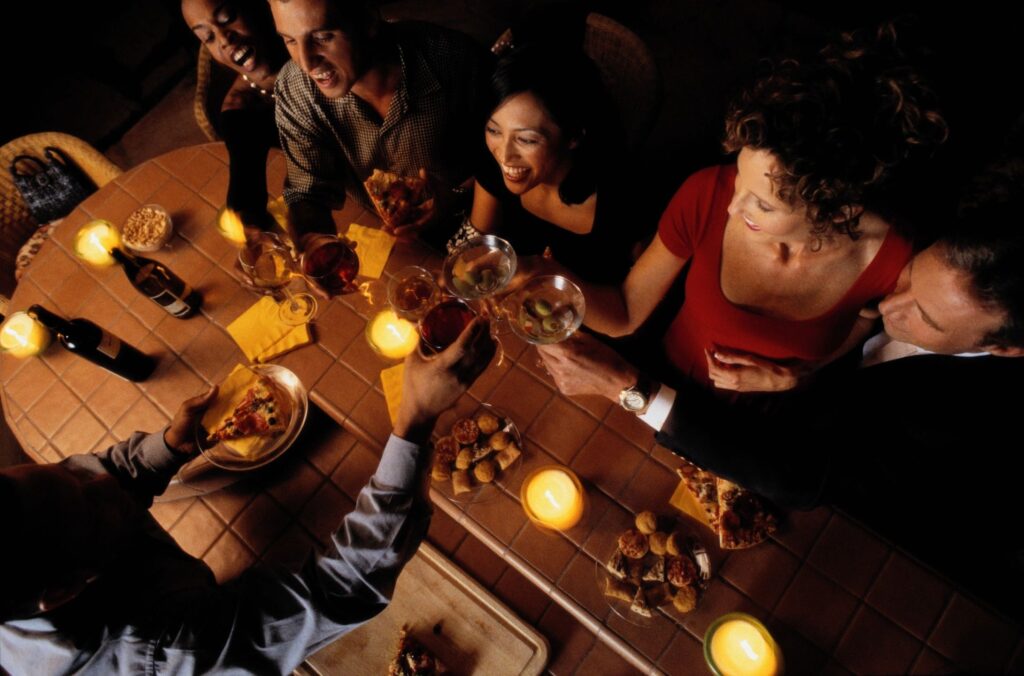 If you ever dated someone your parents thought was a “bad influence,” it turns out they might have been onto something. Romantic partners may influence young adults’ binge drinking behaviors more than friends or family, at least according to new findings from researchers in Canada.

In a study published recently in the journal Substance Abuse, the researchers surveyed 321 “emerging adults” between the ages of 17 and 25, as well as 882 people in those young adults’ social networks.

Putting all the data together, it turned out that the extent of young adults’ binge drinking behaviors corresponded significantly with that of their romantic partners, but not of their friends, parents or siblings.

We’ve all heard of peer pressure, but these results suggest that when it comes to binge drinking in early adulthood, partner pressure might be more powerful.

The findings also shouldn’t be taken to mean that other types of social relations can’t shape emerging adults’ alcohol use. In fact, other studies have suggested a complex mix of social influences that contribute to binge drinking in this age group.

Essentially, then, what the study looking at romantic partners’ influences tells us is that, on average, young adults’ binge drinking habits more closely correspond to those of their partners than other people in their social networks. To better understand the factors that drive binge drinking among young adults, it might help to look at those young adults’ romantic relationships.

What Socializing and Drinking Today Mean for Mood Tomorrow
Why You Shouldn't Drink and Click
What Happens When College Students Disclose Mental Health Problems?
Login or Register