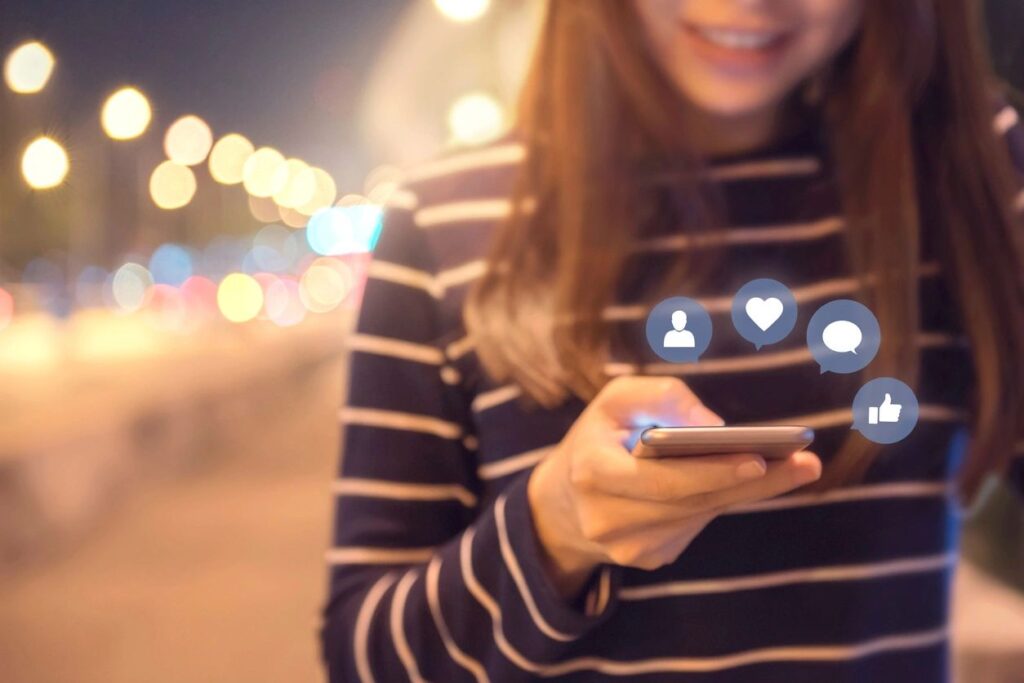 Facebook, Twitter, Instagram, LinkedIn….there seem to be more social networks popping up every day for us to login, create a profile and connect.  Initially this seems fun and harmless, an easy way to get back in touch with long lost friends from elementary or high school or stay in touch with family on different coasts.  But over time, the now ubiquitous use of social media in modern culture is having a noticeable impact on human psychology and how we socialize, communicate, form friendships, and navigate relationships – especially for the generations raised with it. But is this effect negative or positive?  So far, research varies.

First, consider the current usage.  According to statistic compiled by AdWeek, Inc.com and the New York Times there is no denying social media’s influence in our daily life:

That is a significant amount of time, and similar to the rapid growth in television viewing in the 60’s, this rapid change is impacting our behavior and development, and some of it isn’t positive:

However, the flip side of this perspective is the notion that social media is just a neutral medium imparting our existing character, personality or view of the world – or that it may actually have a positive effect.

While clearly the jury is still out, the growing field of Media Psychology will continue to study the relationships between emerging media and human behavior to help individuals, corporations, and health professionals better understand social media’s growing impact.

The Fading Affect Bias in Pursuit of the Pleasant Life
Two Ways to Use Social Media
How Personality Relates to Sexuality
Posted in Personality, Positive Emotions, Social Media
← Emotional Intelligence and Its Effect on Life AchievementThe Truth About Caffeine and Your Brain →

6 Types of Shoplifters
Social Media Might Kind of Affect Life Satisfaction in Teens
Who Drives Fancy Cars?
Login or Register