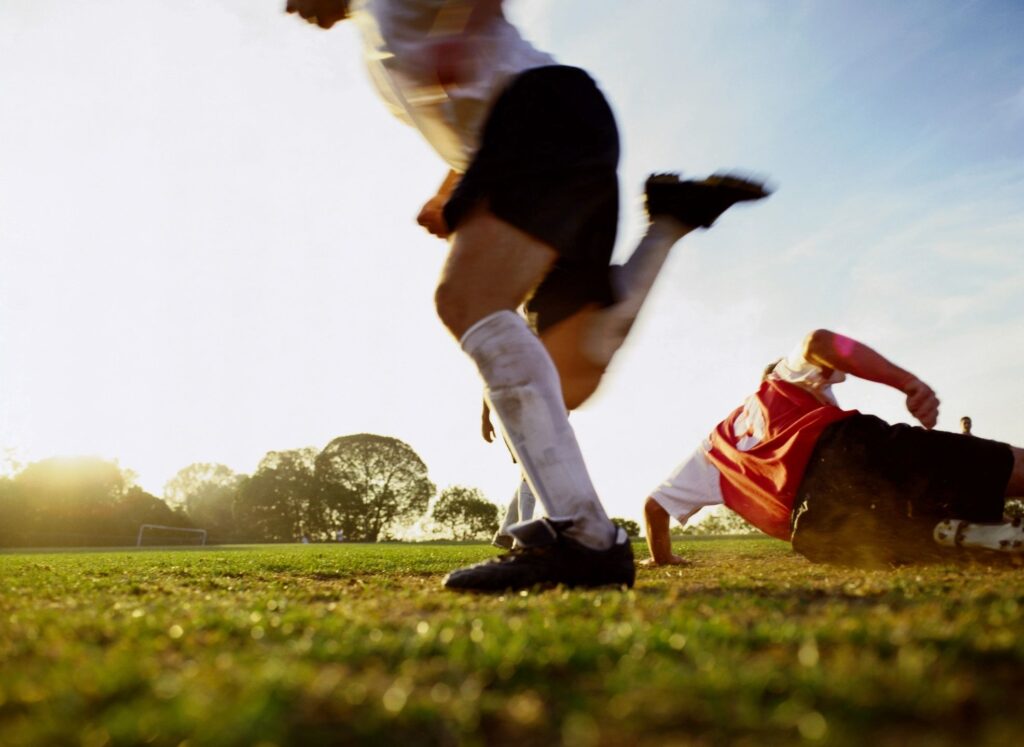 In December 2015, researchers asked 59 Argentinian adults to consider this description of a scenario featuring Argentina’s long-time football rival, Brazil. They meant it as a hypothetical exercise:

Brazil and Peru are playing a football match. The match is decisive for the both teams’ chances of advancing to the next round. Brazil will make it to the next round with a draw or a win, and Peru will only classify if they win. The match is tied 0-0 when, close to the end, the referee concedes Peru an illicit goal. With this goal, Peru wins the match and Brazil is eliminated from the playoffs.

What are the chances, right? When the researchers presented this scenario, they were interested mainly in gaining a better understanding of what drives schadenfreude, the tendency to enjoy the unpleasant experiences of others. They surveyed Argentinians about how much schadenfreude they’d feel in this situation, and whether those feelings correlated with other factors like whether they were big fans of Argentina’s football team or how much they despised Brazil’s football team.

Then, six months later, the unlikely happened. Football powerhouse Brazil met underdog Peru in exactly the situation the researchers had described, as part of the Copa América. With 15 minutes left and the game tied 0-0, Peru scored a goal on what appears to have been a botched call by the referee. Brazil was eliminated, and Brazil’s fans were left stunned. Meanwhile, many of Argentina’s fans were left gleeful, even though their team wasn’t directly involved. This was exactly the emotion that the researchers who conducted the original survey were interested in: deriving pleasure not from a situation that benefits you personally, but from one that hurts others.

So the researchers decided to follow up with the Argentinians they’d surveyed earlier. Four days after the match, those participants took a survey like the one they’d done before, except this time the survey asked them how they actually felt about Peru’s referee-aided upset over Brazil, not about a hypothetical scenario. As it turned out, many of the people in the survey were more elated by Brazil’s turn of bad fortunate than they’d originally said they would be. In other words, they’d underestimated how much satisfaction they’d get from Brazil’s unlucky downfall.

Looking at the data, the researchers found reason to believe that the difference between the level of schadenfreude people predicted they’d feel and the level they actually experienced wasn’t random noise. Factors like whether people had watched the game, how strongly they felt about Argentina’s football team, and how personally they took the rival with Brazil were all involved in how people ultimately felt about Peru’s victory over Brazil. The researchers refer to the course their study took as a bit of “scientific serendipity,” writing in their paper that “this fortuitous circumstance allowed us to compare people’s imagined emotional reactions with their actual feelings.”

And as it turned out, people’s real feelings of schadenfreude turned out to be stronger, on average, than they imagined. This finding suggests that we might be more prone to schadenfreude than we’re aware of. While we don’t like to think of ourselves as enjoying the misfortune of others, there might be situations, like seeing a rival sports team lose, where we just can’t help ourselves.

Who Plans to Retire Early?
Male Attractiveness: Is It All in the Upper Body?
Jobs That Involve Dealing With New Information Might Help Brain Health
Posted in Performance Psychology and tagged Gaming, schadenfreude
← From Childhood Trauma to Adulthood Empathy?Facebook Posts Can Predict Depression Risk →

Can Natural Sounds Recharge the Brain?
Male Attractiveness: Is It All in the Upper Body?
General Language Skills Might Help With Learning Programming Languages
Login or Register