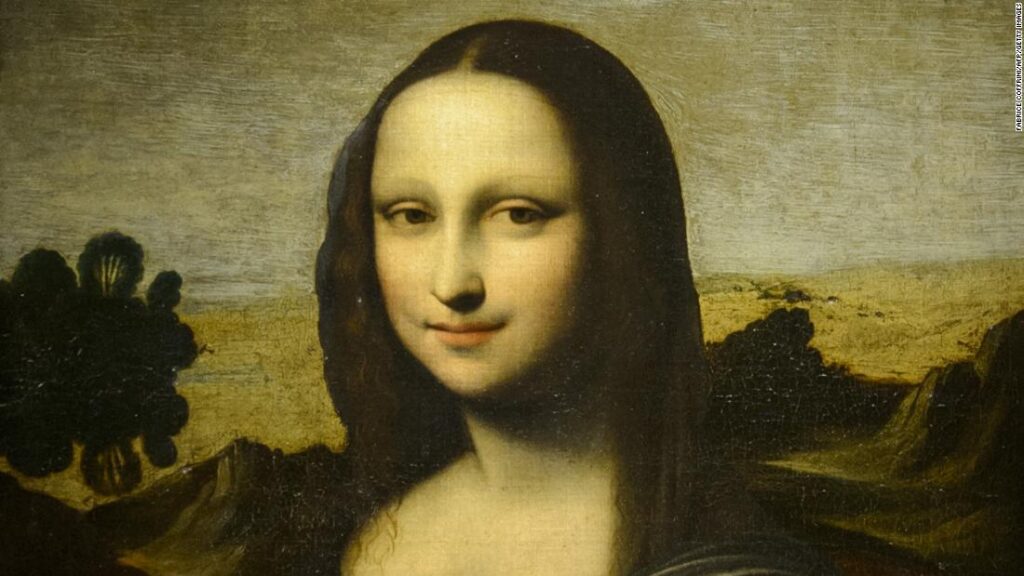 For centuries, people have puzzled over the Mona Lisa’s enigmatic expression. In recent years, psychology researchers have joined in with their own theories, even debating fundamental questions such as whether Mona Lisa’s facial expression indicates happiness or sadness.

The latest contribution to the “Mona Lisa studies” branch of psychology comes from a paper titled Unraveling the Asymmetry of Mona Lisa Smile. As the title suggests, the paper focuses on Mona Lisa’s slanted smile.

The first thing the researchers did was establish, using an experiment, that Mona Lisa’s smile is indeed significantly asymmetrical. They did this by creating images of symmetrical facial expressions by mirroring either the left half or the right half of the smile. People were asked to describe the basic emotion in each facial expression. Most people described the emotion from the left side of Mona Lisa’s face as happiness, but none described the emotion from the right side as happiness.

So what does it matter if Mona Lisa’s smile is asymmetrical? The researchers point out that a genuine smile tends to be symmetrical. An asymmetrical smile, on the other hand, indicates lying or a lack of genuine happiness.

If Mona Lisa has a fake smile, the simplest explanation might be that she understandably had to force her smile after hours of sitting and modeling for Leonardo da Vinci.

But the researchers point out another, more interesting possibility. Looking at some of Leonardo’s writings, they find that he was a keen observer of the workings of muscles in the human face. Given this interest, he may have had some understanding of what muscles are involved in a genuine vs. non-genuine smile centuries before psychology researchers published their findings on this topic.

In that case, Leonardo may have deliberately made the smile asymmetrical to connote that it was not genuine. Why Mona Lisa would be wearing a non-genuine smile is a mystery in and of itself, but it adds weight to the idea that Leonardo’s painting contains some hidden meaning or message.

Talking About Their Future Selves Improves Preschoolers' Cognitive Skills
Why Gun Owners Are Happier (Hint: It's Probably Not the Guns)
When Something Bad Happens, Tell a Joke?
Login or Register