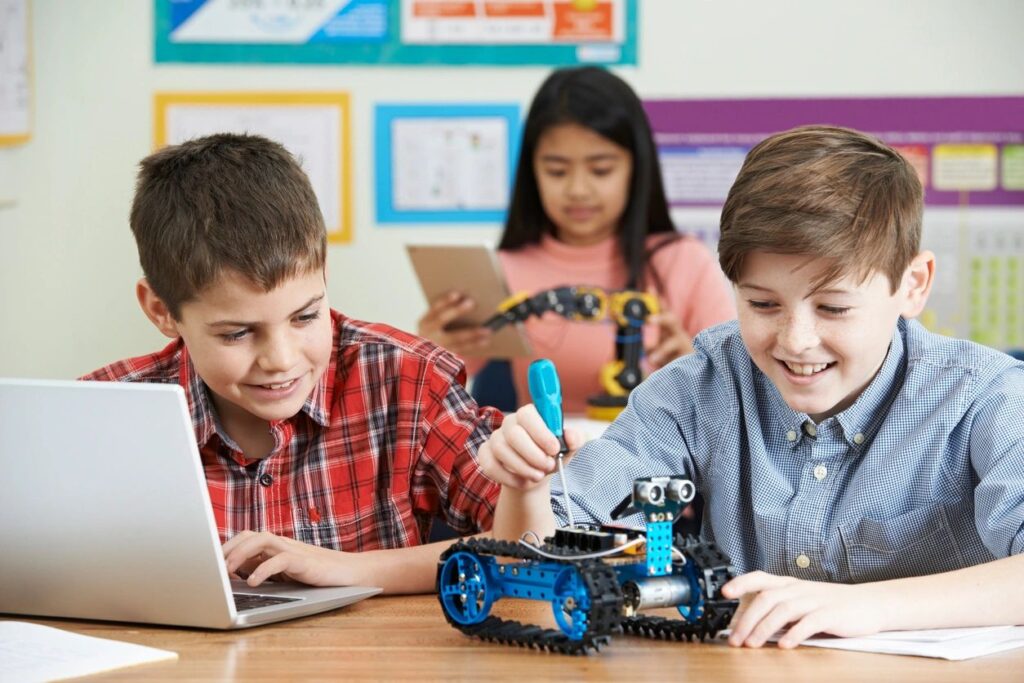 Young children have a range of skills that make them phenomenal learners, and one of these skills appears to be copying the people around them. For better or for worse, children will imitate the behaviors they observe in others.

Psychologists have come up with various theories about why children are such prolific imitators. One theory is that children imitate others for social reasons – for example, because imitating the people around them makes them feel like part of a social group.

Another explanation is that imitation is purely practical. According to this theory, the optimal way to learn new skills is to copy everything you see and prune away the behaviors you don’t need later, so that’s what children attempt to do.

A thread running through these theories is that children don’t just imitate – they overimitate. That is, they imitate actions that don’t have any real functional value, sometimes even actions that are counterproductive. The “social” theory of imitation and the “imitation as a form of learning” theory propose different reasons underlying overimitation.

Recently, a group of researchers in Australia and South Africa devised an interesting experiment to test these theories: looking at whether children would imitate robots!

In their study, the researchers had children between the ages of 4 and 6 observe either a human or a robot perform a task that involved using a wooden stick to open a box and reach inside the box. While opening the box, the human or robot performed some superfluous actions such as tapping the top of the box three times.

In one version of the task, there was a toy inside the box that the human or robot retrieved, which gave the actions of opening the box a functional goal. In another version, there was nothing inside the box, making the process a form of ritual without an obvious purpose.

Children were then given the box and wooden stick and told: “Now it’s your turn!” Interestingly, children tended to imitate both the goal-directed behaviors (such as reaching inside the box) and the ritualistic behaviors (such as tapping the box three times). They also did so regardless of whether there was something to retrieve from the box, all of which is consistent with the idea that children have social rather than practical motivations for imitation.

What’s less consistent with that theory, however, is that the children were happy to imitate robots instead of humans. The only noticeable difference was that children imitated some of the robots’ ritualistic behaviors less frequently when there was nothing in the box. Overall, though, the children showed a tendency to overimitate both humans and robots in both functional and ritualistic behaviors.

One possible implication is that children imitate behaviors for a combination of social and practical reasons. That could explain why the children overimitated both humans and robots, but to varying degrees.

For those who are already concerned about the rise of robots, this study simply offers one more thing to be concerned about. Now you have to worry not just about whether robots are going take over the world, but also whether they’ll be good role models for your kids!