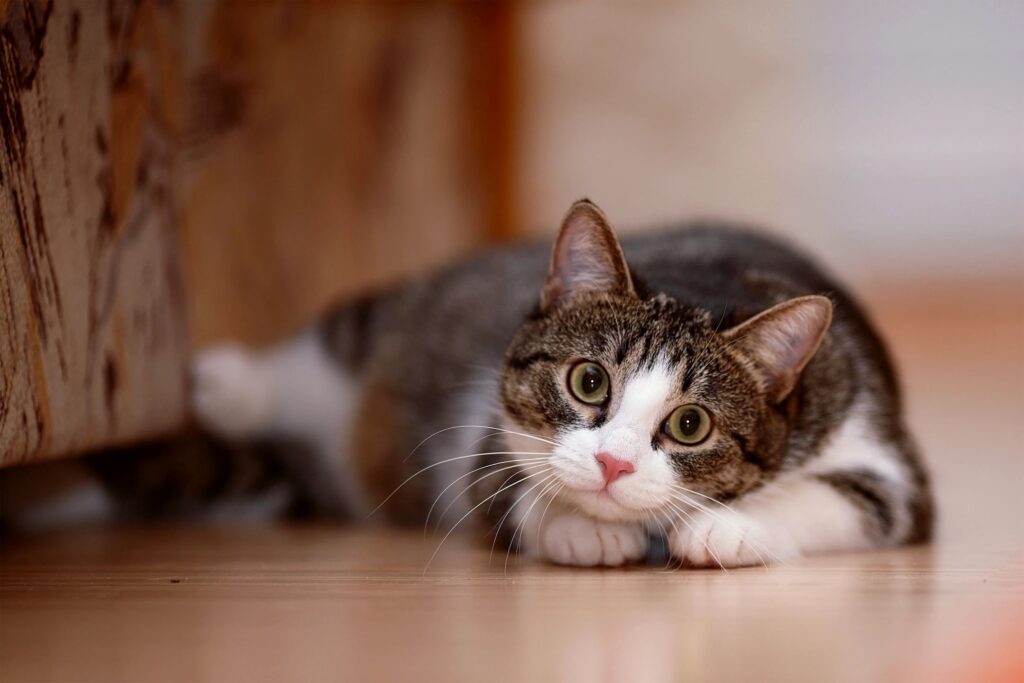 It’s well-known that parents’ personality characteristics can influence their children. But a new study suggests that the same might also be true of cat parents.

In the study, researchers in the United Kingdom surveyed 3,331 cat owners. They asked the cat owners both about their own personality traits and about the health, wellbeing and behaviors of their cats.

For example, owners with high levels of neuroticism, a tendency to feel negative emotions like anxiety, sadness and anger, reported that their cats were:

On the other hand, owners with high levels of conscientiousness, a tendency to be self-disciplined and organized, reported that their feline companions were:

Owners with higher levels of extraversion, meanwhile, more frequently reported letting their cats have unfettered access to the outdoors. And more agreeable owners reported being generally more satisfied with their cats, as well as having cats that were less likely to be overweight or underweight.

The study didn’t investigate why there’s an apparent link between owner personality and cat wellbeing. Since the study relied on owners to report their cats’ characteristics, it’s possible to some extent that owners with different personality traits perceived their cats differently. And in any case, these patterns are averages, so you certainly can’t assess whether a given individual is a “good” cat owner based solely on five personality traits.

Still, it’s not so far out to think that some of the things looked at in the study, like whether cats are allowed outdoors, would indeed be influenced by owner personality and would in turn affect the kitties’ wellbeing. In the words of the researchers, “these findings demonstrate that the relationship between carer personality and the care received by a dependent, may extend beyond the human family to animal-owner relationships.”

Grit - Passion and Perseverance
Looking at the Big Picture Increases Happiness
Who Grows the Most From Trauma?
Posted in Positive Psychology and tagged Animals, Personality, well-being
← Subtle Linguistic Cues Can Discourage Young Girls From an Interest in ScienceDo Children Beat Adults at the Game of Concentration? →

A Tip to Find Meaning in Stressful Situations
Adverse Childhood Experiences Influence Life Satisfaction in Adulthood
Self-Efficacy - How We Can, Not Why We Can't
Login or Register