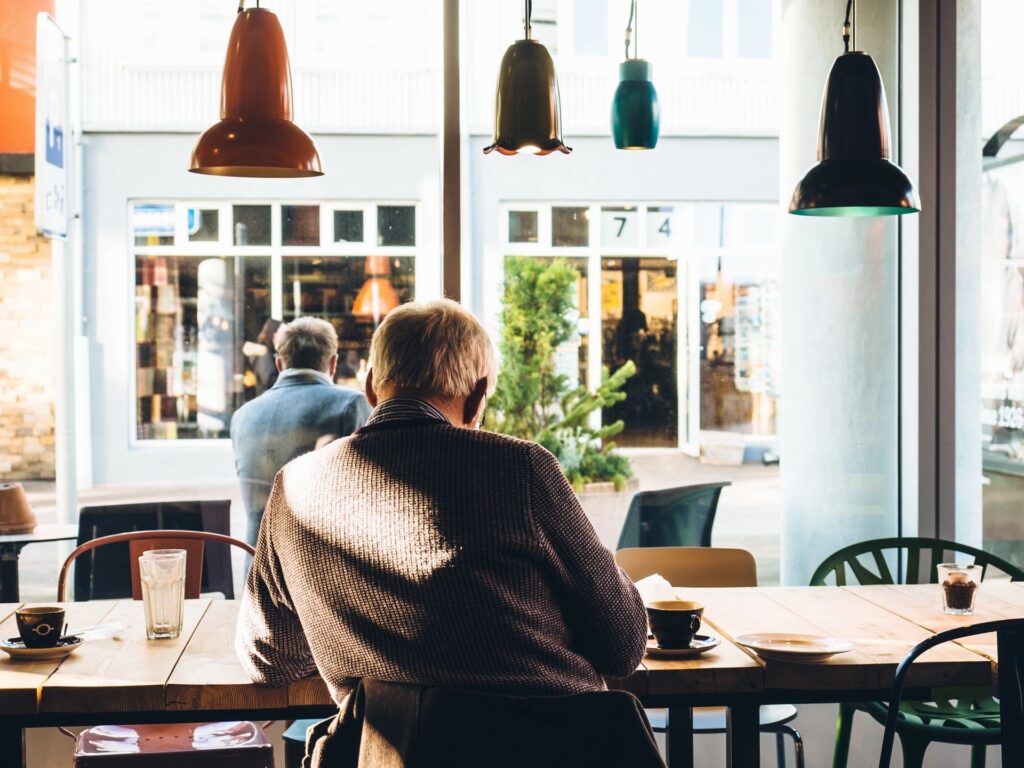 You walk into a crowded café. There are two empty seats. Which one do you choose?

There are a surprising number of psychological considerations that can go into this choice.

If you’re like me, you’re probably going to choose the seat that is the furthest from everyone else in the café. Call me antisocial, but I like my personal space.

And it turns out I’m not alone. One of the findings from a new study out on this topic is that, generally, people opt for seats that have more privacy and less intimacy with others when choosing seats in public spaces like a coffee shops.

Specifically, the study asked people to consider a scenario in which they went to a crowded café for an hour. The people were shown a floor plan of the café and asked to choose one of two available seats.

By changing the conditions of the seats, the researchers found that most people opt for seats that have more physical distance from others. It also appears that people tend to prefer seats where eye contact with strangers is less likely (for example, sitting next to someone rather than across from them), and where they’re sitting against a wall, which increases privacy.

Interestingly, though, there’s a significant minority of people who don’t adhere to these rules. In the cafe experiment, these people tended to evaluate the seats with less privacy as more exciting and pleasant places to sit. Meanwhile, people who sought out privacy evaluated them as more exciting but less pleasant. In other words, everyone agrees that it’s less exciting to sit by yourself next to the wall, but when it comes to choosing a seat in public, that’s what many people want.

Those who bucked the trend by choosing seats with less privacy also tended to predict that choosing these seats would make them appear less lonely. By contrast, those who sought out privacy didn’t think their seat choice would influence whether they were perceived as lonely either way.

The authors of the study suggest that it might be useful for future research to look at whether personality factors into this decision. The study was done in the Netherlands, so it’s also quite possible that different cultural norms would alter people’s seat selection process.

Generally, though, the findings suggest that individual psychological differences can play into something as trivial as how you choose a seat. While the majority of people seem to seek out privacy in public spaces, that preference by no means appears to hold for everyone.

The Dietary Habits of Optimists
Male Attractiveness: Is It All in the Upper Body?
Do Different Addictions Have the Same Risk Factors?
Posted in Behavioral Psychology, Social Psychology and tagged Relationships
← Optimism Predicts Healthy Aging3 Quick Positive Thinking Exercises →

Switching Off Your Phone Half an Hour Before Bed Might Improve Sleep, Memory
Communication Is Key for Sexual Satisfaction
When Do Children Learn to Influence Others With Gifts?
Login or Register